Bob Roeloffs, Founder
The ingenuity of a design lies in the simplicity with which it solves a problem. This idea has stood the test of time, exemplifying products that have revolutionised the world we know today, be the first fax machine that redefined communication or something as essential as a stethoscope used by doctors every day. One such product—brought to the table by Bridea Medical— reinvents the design language of the modern-day gynaecological speculum to overcome traditional bottlenecks such as patient discomfort and ease of use. Not just that, Bridea Medical’s bio-based disposable speculum is the first of its kind, supplementing the use of disposable surgical devices for eco-friendly medical practices.

“People often ask me whether we could somehow recycle disposable specula for medical procedures,” begins Bob Roeloffs, founder of Bridea Medical. “In the medical industry, you are not allowed to do that, and such products need to be incinerated by law after use. Common plastic specula are often not strong enough to withstand stresses during surgical procedures, and because of that reason, metal instruments are kept on-hand for a quick switch when needed. Such metal specula not only cause stress and trauma for patients but are also energy and resource-intensive to sterilise, whilst also being environmentally unfriendly.” Going by Roeloffs’ words, the need to adopt superior reliable disposable and bio-based products for medical procedures is evident. At this juncture, Bridea Medical’s products emerge as the clear answer for medical practitioners, as they are testified by their over 90 percent home market share. It clearly merits being eco-friendly whilst also providing patients with a higher degree of comfort and doctors with greater product reliability than what was possible with traditional disposable specula used during relevant surgical procedures.

Bridea’s products—the Orchid Spec standard, Orchid Spec (SX), Open Sided, and Open Sided (SX)—ensure patient comfort with their smooth rounded edges and easy singlehanded locking, a design language that is unseen among traditional disposable or reusable specula that cause patient discomfort. The front handle design of this line-up with an ‘angled backwards’ front handle provides greater freedom of movement and better range of access, with a locking mechanism that is silent and allows the operators to be ‘single-handed’ and ‘hands-free after placement.’ The inwardly folded edges of the device ‘facilitate optimal cervix support and orientation’ and the devices do not require preheating. Added to that, the specula are available in four different sizes, with both transparent and white colour choices available for different use cases.

Bridea Medical’s bio-based speculum is the first of its kind, supplementing the use of disposable surgical devices for eco-friendly medical practices

Studying the device for its design, colour choices made, and use cases supported, it is easy to see that these products are crafted for patient comfort and ease for use, all the while upholding the idea of creating disposable, biofriendly products. Bridea Medical’s products eliminate the hassle of smoke extraction caused during electrosurgery, which needs to be funnelled out effectively. The SX versions of the product feature a novel smoke tube attachment, flush with the roof of the speculum for a greater field of view and manipulation, designed to extract residue gases. “Our SX versions are unique amongst disposable and reusable specula, providing doctors greater usability during operational procedures,” adds Roeloffs. 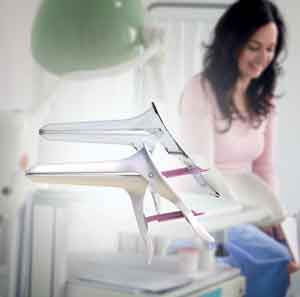 Bridea Medical’s product line is listed as Advanced Specula on the National Health Services frameworks UK (NHS). The Surgical Materials Testing Laboratory (SMTL) of the NHS recently challenged the ‘unbreakable speculum’ claim made by Bridea Medical, putting it in a locked position and applying stresses on it to mimic the pressure that would act on the device during medical procedures. NHS checked for the weakest area of the speculum by registering where the devices would fail under increasing load, indicating the risks associated during surgical procedures for patients. Bridea’s specula did not fail, which was unique on its own. They simply close at a predefined 60 newton force applied to the blades. However, the tests employed by NHS measured the static forces acting on the device, which are not accurate considering the possibility of breakage and the stresses imparted on the devices actively during procedures. Bridea Medical, together with the SMTL of the NHS, designed a new test to simulate these more realistic dynamic forces. There had never been a need for this, because all previously tested brands already broke during static load testing, contrary to Bridea Medical’s products.

During these tests, Bridea Medical’s devices emerged shatter-proof as compared to the rest in the market, stamping a mark of reliability on the products. The testing machine engaged its safety stop at 1020 newton force, or 100 kgs, proving its unbreakable status. Other plastic specula generally failed when forces ranging from 30 to 60 Newton were applied, often risking significant discomfort and injury to patient. After a commendable response by the specialists across the Western European region for these merits and advantages, Bridea Medical aims to make its Specula ‘the standard’ worldwide in the years to come. 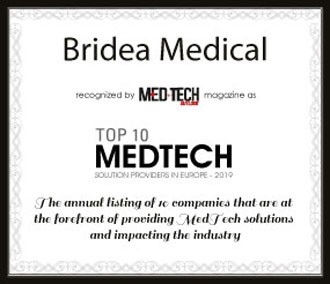 Description
Bridea medical offers disposable and optionally bio-based specula with greater patient comfort and vastly improved ease of use. It reinvents the design language of the modern-day surgical speculum to overcome the traditional bottlenecks. The bio-based speculum—the first of its kind—supplements the use of disposable surgical devices for eco-friendly medical practices. The company’s unbreakable specula have proven to showcase a safety rating of1020 Newton dynamic loading force, stamping a mark of reliability for specialists and hospitals. Its rounded edges and smooth design language eliminate patient discomfort and tissue trauma